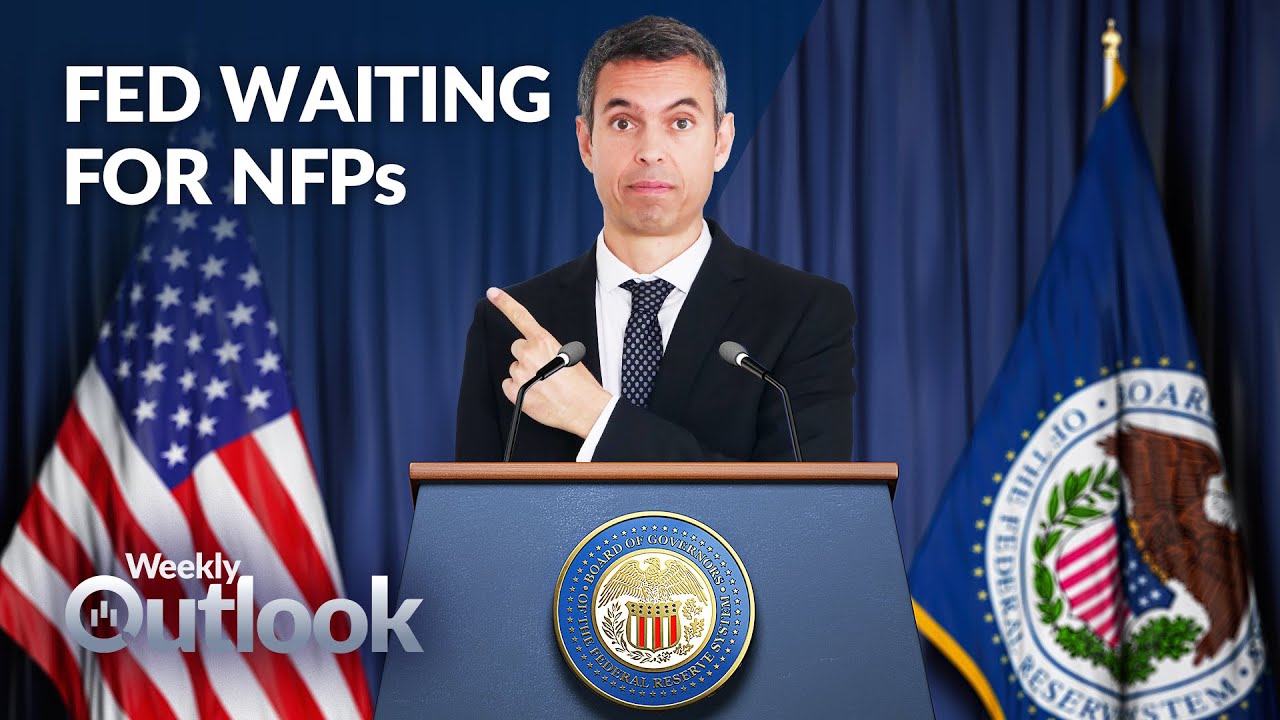 Fed waiting for signs of recovery in the labour market

Last week was marked by the sharpest drop in the value of the dollar since May, with a batch of positive economic data published on Friday leading to a slight recovery but still not enough to reverse the losses caused by dovish comments made earlier in the week by Jerome Powell that ended up wrongfooting dollar bulls. This is the ActivTrades weekly Outlook, where every Monday we analyse the economic calendar and identify key events, focusing on how they may impact the markets. This week we will preview the release of Eurozone retail sales figures, the Bank of England rate decision plus policy report and we’ll end the weekly outlook by previewing the unavoidable nonfarm payrolls.

Rest of the text:

On Wednesday the Eurostat will release a snapshot of the Eurozone’s retail sales for the month of June. This is a widely followed indicator of consumer spending and confidence. Normally a positive reading reflects well on the euro, while anything below expectations will exert a bearish influence over the single currency.

This time around the expectation is for a growth of 8.2 percent year-on-year, which would be less than the 9 percent recorded last month but still a sign that the recovery is well on its way in the continent. Should the consensus number be reached, it will be likely to offer support to the euro.

The single currency experienced a rollercoaster ride during the month of July. At first it lost ground to other major currencies, as the ECB assumed a more dovish posture. But the euro reverted some of those losses, particularly in relation to the dollar, as the Fed’s worries over the state of the labour market in the US ended up causing a sharp decline for the greenback. So, a positive reading in retail sales will be likely to maintain the support the single currency.

On Thursday the Bank of England will publish its quarterly report on economic activity and inflation projections. The central bank uses this analysis as a base for its interest rate decisions, so the markets always pay close attention to the contents of the report.

The BoE policy update will be published after a month of July which was positive for the pound, with last week in particular seeing strong gains for sterling, following the sudden dovish turn by the fed. This change in dynamics occurred as the markets sensed the possibility of the Bank of England starting the tightening of policies before it’s American counterpart.

Considering the signs of division amongst bank officials, with some arguing for bringing forward the timing of the tapering, it is possible that sterling will remain buoyed in the run up to Thursday. However, what happens after that will very much be in the balance and depend on the tone used during the announcement.

We’ll end our weekly preview by zooming in on the publication of US nonfarm payrolls data on Friday. This is the main event in the economic calendar for foreign exchange traders, due to the way it impacts the performance of the dollar and therefore that of most other currencies, too.

But August NFPs will perhaps be even more important than usual. The Federeal Reserve recently backtracked on its hawkish pivot, with its Chairman, Jerome Powell, citing the state of the labour market as still inspiring some caution, hinting at the need to wait for longer before starting to tighten policies.

The consensus is that around 900 thousand new jobs were created during the month of July. Should the final figures disappoint, it will be quite likely that the dollar will lose support and test fresh multi-month lows, as investors will downgrade their expectations over the bringing forward of the dot plot by the American Central bank.

This is all for today. We will be back next Monday with another weekly preview!

All information has been prepared by ActivTrades (“AT”). The information does not contain a record of AT’s prices or an offer of or solicitation for a transaction in any financial instrument. No representation or warranty is given as to the accuracy or completeness of this information. Any material provided does not have regard to the specific investment objective and financial situation of any person who may receive it. Past performance is not a reliable indicator of futures performance. AT provides an execution-only service. Consequently, any person acting on the information provided does so at their own risk